‘In Flanders fields the poppies blow
Between the crosses, row on row
That mark our place; and in the sky
The larks, still bravely singing, fly
Scarce heard amid the guns below…
…we shall not sleep though poppies grow.‘
In Flanders Field by John McCrae, World War I Brigade Surgeon, 1872-1918

Our beautiful planet is studded with herbs of magical healing power, delicious taste and dazzling beauty, but no other herb possesses a feature with more significance than one that could be defined without exaggeration as anti-war. For many years, the poppy flower has been a symbol of remembrance of those who have laid down their lives in wars. Every year on November 11, millions of people around the world wear poppy pins on their lapels to commemorate military personnel who have died in war, and to express their desire that the horrors of war will never be repeated.

In the warm early spring of 1915 the brutal clashes between armies across northern France and northern Belgium tore up trees and plants, wreaking havoc on the soil beneath. But through the battle-scarred land bright red flowers of this delicate and yet surprisingly tenacious plant began to peek.

Struck by the sight of the bright red blooms on broken ground, Lieutenant Colonel John McCrae, a Canadian who served as a brigade surgeon for an Allied artillery unit, wrote the poem “In Flanders Field,” in which he channeled the voice of the fallen soldiers buried under those hardy plants, which became symbolic of the blood of the many thousands of brave soldiers who died there and the sadness of war.

A Healer or Evil?

The last line of the poem refers to the fact that the poppy is also known as a symbol of sleep. Appearing in mythology, paintings or literature the poppy symbolizes a number of things, from fertility and decadence to blood or memory and, of course, sleep and pain relief. One species of poppy, Papaver somniferum or breadseed poppy, commonly known as the opium poppy is the source of the narcotic drug opium, which can ease pain and sedate the body, but causes addiction and has been used since ancient times as a recreational drug.

In fact, the same poppy plant can be used to obtain both opium and edible seeds. Currently, many varieties of poppy have been bred that do not produce a significant amount of opium. Therefore,  breadseed poppy is more accurate as a common name today. This key difference has strong implications for legal policy surrounding the growing of this plant.

In the United States there has never been much commercial poppy cultivation. Poppy seeds for food had been imported from Europe until WWII broke out in 1939. However, when the imports were cut off by the war, lots of farmers saw the opportunity for profit and the planting of poppy increased rapidly, especially in California. Along with the expanding poppy cultivation, occasional abusive use of the seed capsules occurred, and although there was no immediate question of opium production, it finally resulted in the Opium Control Act passed by Congress in 1942, which marked the beginning of the end of poppy cultivation in the US.

Generally speaking, it’s practically impossible to get high from eating poppy seeds – one would have to eat an enormous amount of them. Although there have been cases of false positive drug tests from people eating foods that contain poppy seeds (e. g. muffins), it should be possible to tell whether the person actually uses opiates or not, because if they do, their results will be much higher than if they’ve simply eaten a muffin or a bagel.

Find out more on the Poppy in My Herbs magazine 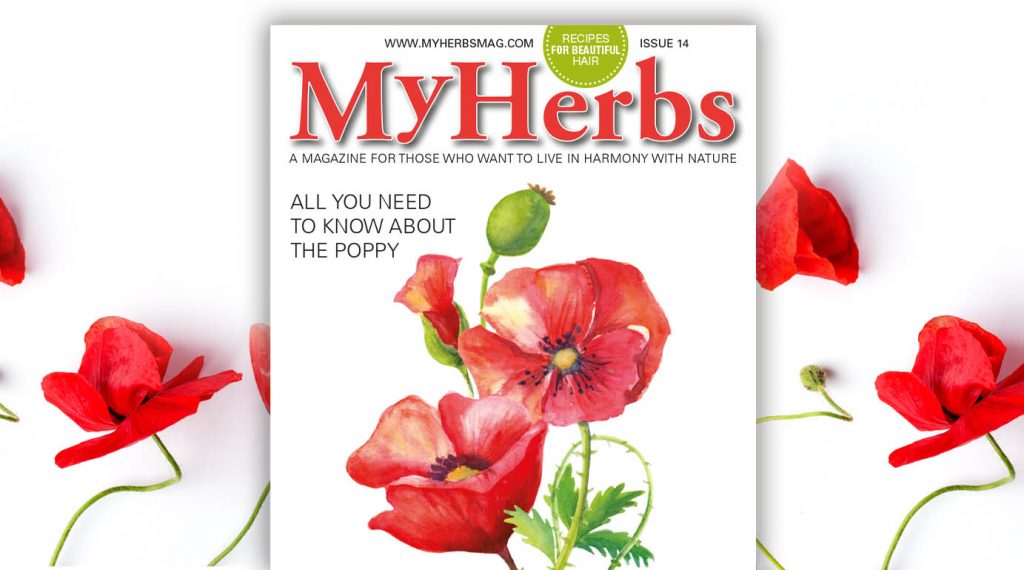 Poppy seed-roll is a popular dessert in many Slavic and Balkan countries. This dessert, which is popular at Christmas and in other holidays, is made by rolling a sweet yeast-raised dough around poppy seed paste. In the Czech Republic they also make little cubes of the dough and fill them with this paste. That dessert is called ‘buchta’ and, besides the poppy-seed filling, it is usually filled with a plum stew called powidla. Other popular buchta fillings include walnut or hazelnut paste or a quark cheese filling.

To make the proper paste you will need to grind the seeds. My grandma used to have a special manual seed grinder for this purpose, but you can now use a regular electric coffee grinder or food processor to grind them.

Add dried ground poppy seeds, milk and butter into a small saucepan. Bring to a simmer (not a boil) continuously stir until most of the milk is absorbed. (About 6-8 minutes). Remove from heat when the paste has thickened. Add powdered sugar with vanilla beans and ground almonds, and spice it up with ground cinnamon and lemon zest. Finally squeeze two lemon halves to get the juice out and add it to the paste along with a handful of raisins soaked in rum. 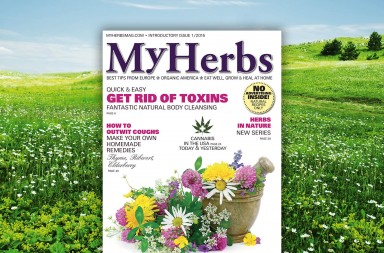 10 Foods To Be Avoided

Cannabis in the USA Today & Yesterday 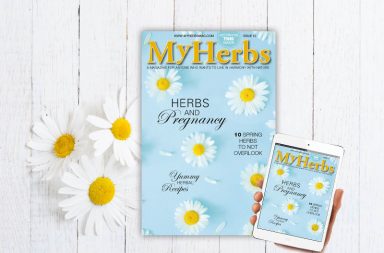 Advertising in My Herbs magazine